What to expect from the 2016 AutoExpo? Stay tuned with AutoCater to catch up on Exciting & Latest News. 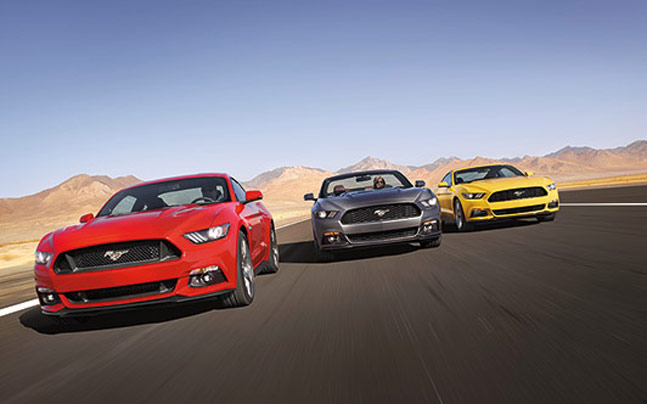 Ford Mustang: The new generation model will be made in right hand for the Indian Market. The 2.0 Litre, 4 cylinder EcoBoost version as well as the V8 will be launched at the Expo. it wont be cheap as it will be an import, so expect a high price tag.

BMW 7 Series: We will see an all new BMW 7 series in 2016. IT will come with a V6 & a V8  petrol and diesel engine. It will come with a gesture contolled infotainment system and a key fob with a touchscreen.

Genesis G90: Its a Hyundai. It is its luxury car division, which aims to tell the world that the Koreans can do it too. Internationally, it is priced to rival the E Class and the 5 Series.

Honda BR-V: Honda will be launching the BR-V at the Auto Expo. It will come with 2 engine options: petrol and a diesel sourced from the City.

Maruti XA Aplha: The XA will be priced under 10 lacs and is said to be launched at the Expo. It is claimed to compete with the Eco Sport. Toyota Innova 2016: Toyota will be displaying the new Innova at the Auto Expo. LED day time running lights and projector headlights will be offered in the top variant. Passengers will be treated with a plusher cabin, climate control, touchscreen infotainment system with bluetooth connectivity.

Jeep Wrangler: Jeep makes its official entry with the Wrangler & the Grand Cherokee. Its not going be cheap as they will be shipped to India as CBU’s.

Grand Cherokee: Jeep makes its official entry with the Wrangler & the Grand Cherokee. Its not going be cheap as they will be shipped to India as CBU’s.

Fiat 500X: Fiat 500 will make a surprise entry at the Auto Expo. It is expected to be priced around 30 lacs competing with the Mini Countryman.

Aegea: Fiat is also likely to showcase the Aegea launched in Turkey last year. The petrol motor may be sourced from the Linea T Jet while the diesel could be the 1.6 litre seen in the S Cross.