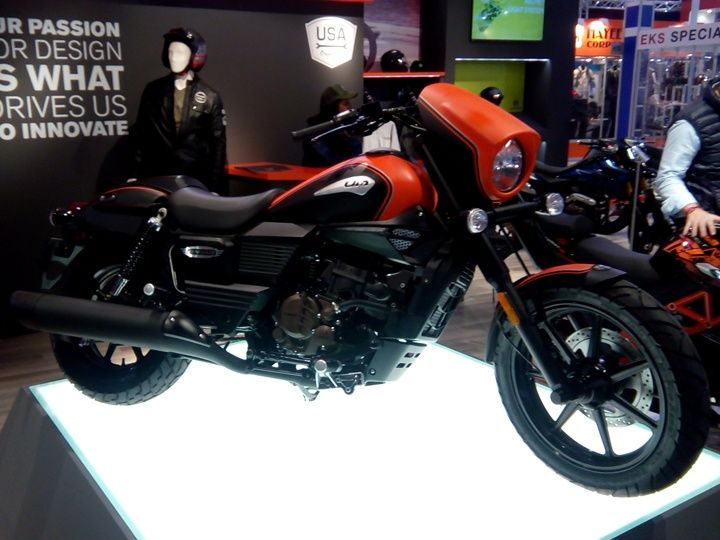 UM Motorcycles revealed the Renegade Sport S Cruiser bike at the 2015 EICMA Motorcycle show in Italy. The all new 290 cc cruiser will be officially launched at the Auto Expo 2016.

UM Motorcycles joins Lohia Auto for its Indian Venture who showcased the Renegade Sport S Cruiser at the 2015 EICMA. This cruiser is the 1st ever offering by UM Motors in India. The styling of the motorcycle has been inspired from large cruiser bikes and the Renegade S that was showcased sported stealth black paint job with contrasting orange accents.

The new Renegade Sport S cruiser is powered by a 279cc, water-cooled, single-cylinder fuel-injected motor churning out 26.6PS at 8,600 rpm and 22.76Nm at 6,300 rpm. The powerplant is mated to a 6-speed gearbox and according to UM Motorcycles officials the cruiser can accelerate to 60kmph in just 2 seconds. It will also feature a USB charger next to the instrument console which will allow the rider to use GPS of his phone without worrying about draining the battery. It is expected to be priced around Rs 1.7 lakh (ex-showroom).

TATA to Launch its Compact SUV by the End of 2016! Stay tuned with AutoCater to catch up on exciting news and updates.

Future Ten’s! Stay tuned with AutoCater to catch up on Exciting & Latest News.